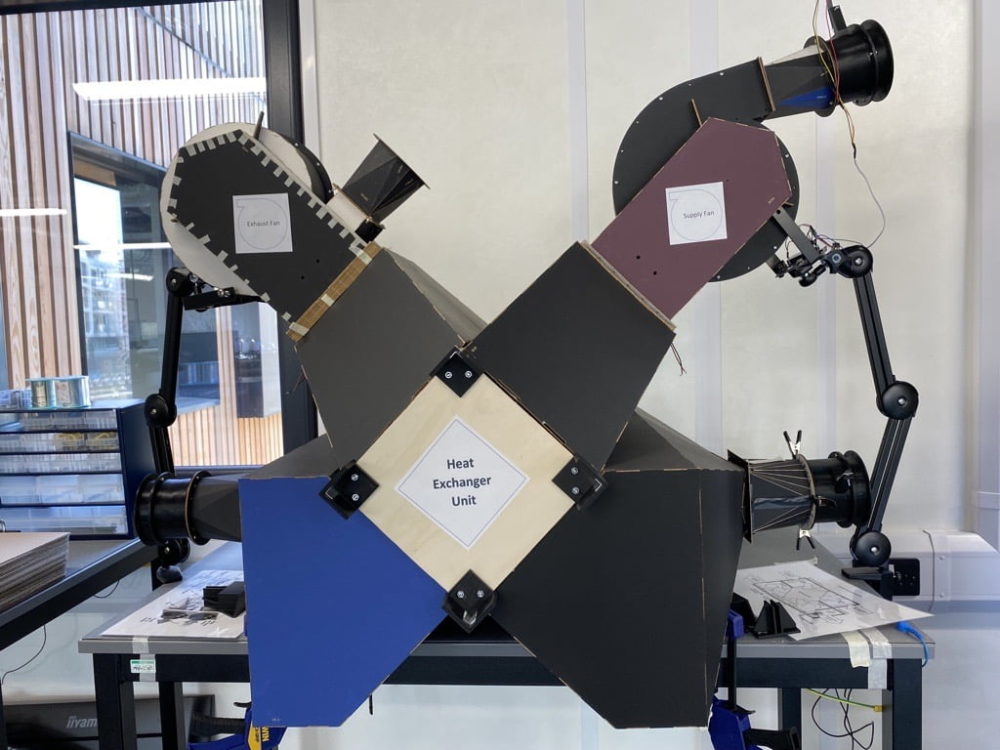 If you’re thinking about a career in engineering, you might have wondered what the specialisms within the industry are, and which one would be right for you. From civil to mechanical to chemical engineering, there are a lot of options. It’s also possible to study engineering at a broader level, such as the degree in Global Design Engineering we offer here at TEDI-London. Even if you’re keen to hone in on a specialism, a generalised engineering degree is well worth considering.

Well, when it comes to the projects that engineers work on in industry, there will rarely, if ever, be a case where just one specialism will be drawn upon when a solution is developed. Different engineering disciplines naturally occur together, each having relevance to a project for different reasons. In fact, engineers with different skillsets often help each other to grasp a basic understanding of concepts outside of their own area of expertise, and work collaboratively to determine how different types of engineering might come together to create one solution. In this way, working on projects which touch upon a variety of specialisms replicates industry workplaces, and at TEDI-London, we’re all about making sure our students’ education is as true as possible to what being an engineer is really like.

Our students were able to see this for themselves during their recent project module: prototyping. Prototyping is an important stage of the product life cycle and is carried out by engineers to test how well a design idea works – using cheaper materials and faster manufacturing techniques – before progressing to final product development. During this project, students were tasked with developing a functioning prototype of a Heat Recovery Ventilator (HRV) unit, a device which they first encountered during their reverse engineering module earlier in the academic year. HRV’s are designed to replace the stale air inside a building with fresh air from outside, whilst simultaneously recovering the heat that would usually be lost during the ventilation process.

With the help of the tools and machinery in the makerspaces, our students were required to build physical versions of both an HRV’s key internal components and external casing, and assemble them to create a working prototype of the product. Whilst some of the components, such as the motor and power supply, were provided, students built others, such as the fan, based on a design they were given. Once these key internal components were ready, the students designed and built a drive system – which links the fan to the motor – with the correct gear ratio to make sure that the fan was spinning at the required speed compared to the motor. By carrying out each of these steps successfully, the students were able to create the HRV prototype. 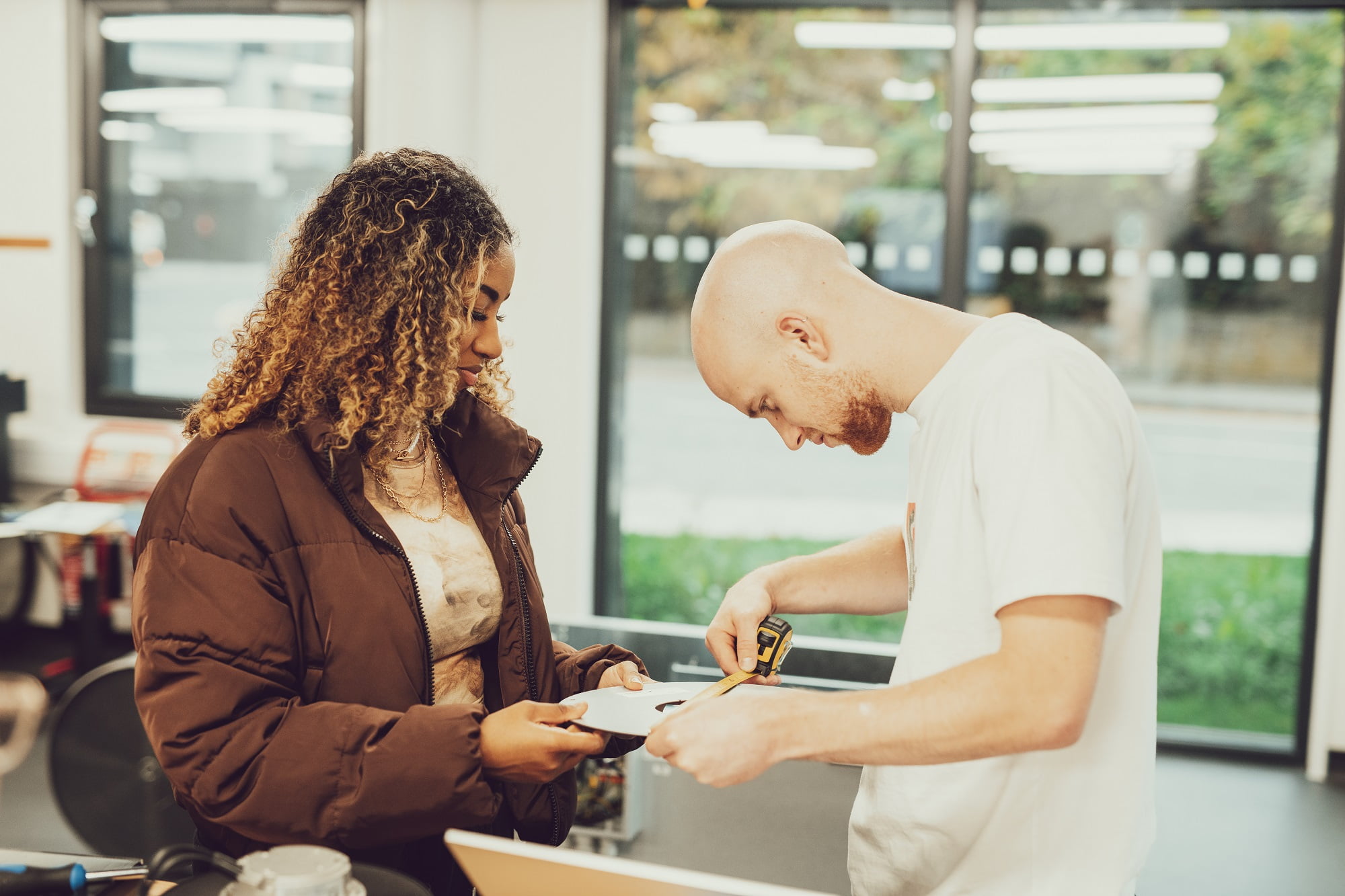 As you might imagine, the students had to draw upon knowledge from more than one engineering specialism during this module:

Electronics: the students used electrical energy to power the HRV prototype. In doing this, they had to understand the functions of various electrical devices and the voltages that would be compatible with each of them as well as how to interface different devices to one another and measure the power consumption of the motor.

Programming: in order to capture the data and measure the performance of the prototype whilst it was running, the students wrote a program for the computer so that it could communicate with sensors inside the unit. They also used programming to translate the data collected by the sensor into a format that can be read and understood by humans.

Solid mechanics: the internal components of the HRV prototype, as well as the outside casing, were built out of solid objects. Students had to consider which materials they would use for each part to make sure that they would best satisfy their individual functions. For example, the drive shaft would need to be made from a material that is strong and stiff, whereas the pulleys within the driving system would need to be flexible whilst still being strong.

Fluid mechanics: the students had to understand the physics – the forces in action – behind the air flowing in and out of the HRV prototype. As a HRV unit is designed to save heat energy by using electrical energy, it was important for the students to know how much air was being outputted and at what speed and temperature. This is so that they could compare the heat output to the electrical energy being used to power the device and make sure it was energy efficient overall.

Design: the students were required to design and make their own drive system, which connects the motor to the fan. They had to ensure that the drive system fitted within the constraints of the outer casing of the prototype, and was manufactured to sufficiently good tolerance to be able to run reliably at high speeds.

“It was a real joy to see the students bringing their ideas together and working so well as a team to build their HRV prototype,” says Dr Alan Bloodworth, Senior Teaching Fellow and one of the academic teachers on the module. “They are also starting to see the benefits of their generalised education; in just one project which, at face value, seemed like a mechanical engineering task, they quickly found that they were drawing upon their knowledge from an array of other engineering fields too!”

Interested in design engineering? Read about another part of the design process, which students explored in their modelling and simulation module.

Reverse engineering a robot: student reflections
How do engineers identify and solve problems?
How can engineers make us safer in our everyday lives?