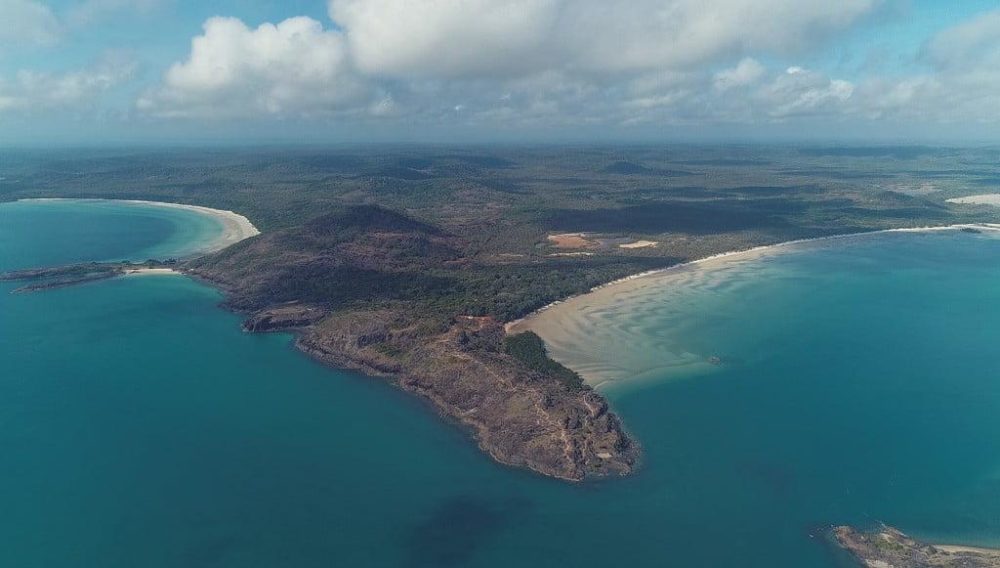 Designing solutions that work for people sounds obvious, right? But remembering to keep the wider context in mind when tasked with solving a particular problem isn’t always easy. For engineers, though, doing so is a must.

Our first cohort of students started just over a month ago, yet they have already completed their first project, the ‘Engineering for People Design Challenge’. Run in partnership with Engineers without Borders UK, the brief required our students to think carefully about the impact their ideas had whilst developing their solutions, considering not only the design brief, but the social, environmental and ethical factors involved, and the potential consequences that their work might have on them.

Looking at Cape York, a large and very remote peninsula in northern Australia, our students were tasked with coming up with a solution for one of several areas in need of development, including waste management, transport and digital enhancement. As the people living in Cape York experience shifts between heavy monsoon and flooding seasons, and dry seasons where bush fires are frequent, much of their work and activities revolve around the changing conditions, making day-to-day life challenging. This also has a direct impact on infrastructure, not only limiting access to transport links, education and employment opportunities, but also basic requirements such as water and energy.

When it came to addressing some of the challenges faced, our student groups needed to be mindful of the cultural, historical and spiritual significance of Cape York for the Aboriginal people and Torres Strait Islanders that occupy the area, as well as the rich biodiversity and landscape. In order to avoid disrupting any important aspect of life for Cape York inhabitants, our student groups had to think outside the box whilst designing their products and solutions.

With three of our groups choosing to propose a transport solution, we saw some unique and creative ideas. Each team made sure to keep the issue of frequent flooding front of mind to ensure that their solutions would add value all year round, with one opting for cable cars, another for elevated roads and one for inflatable bridges. The former two groups also made sure to pick routes that would have minimal impact on the landscape and wildlife, opting for areas which have already seen some development, whilst the latter group researched the most effective way to make their bridges temporary, so that they can be easily assembled and disassembled as and when they are needed. As well as delivering proposals that would improve transportation in Cape York whilst minimising environmental and contextual damage, the students carried out extensive research on a variety of materials, existing solutions and carefully considered different designs to make sure that their solutions would be robust and long-lasting, safe to use and cost-efficient.

Two of our student teams opted to provide solutions for waste management, both keeping the focus on repurposing the vast amounts of plastic waste that wash up on the beaches of Cape York from surrounding areas. Both groups recognised that finding a way to re-use the waste and create new items, such as clothing or bricks, would be preferable to disposing of it. In order to develop the most effective solution, both teams researched which processing methods would be the least environmentally damaging as well as ensuring that the processes would require minimal training to be carried out, meaning that the Cape York inhabitants themselves could be employed as part of the solutions. Additionally, both teams thought carefully about how they would minimise disruption to the local landscape, habitats and communities, with one opting to pilot their solution at an already-developed site, whilst the other proposed a ‘Transportable Recycling Centre’, eradicating the need to build in any particular areas.

Finally, we saw one student team put forward a digital solution to help tackle some of the challenges faced by the Cape York population caused by weather. They felt that providing a means to receive more accurate weather predictions would enable people to better prepare for extreme conditions. As such, they investigated the most efficient way to create weather monitoring devices; from finding case studies for similar solutions to creating and testing their own prototypes and making gradual improvements, the team considered every detail. Taking potentially severe weather conditions into account, they also suggested that the devices should be placed above ground level and discussed how clips could be used to attach them to trees without causing damage.

Overall, the student teams worked collaboratively and proactively, allocating each member with their own responsibility and seeking advice from suppliers and innovators as part of their research. They were also given the opportunity to present their ideas to an audience, address concerns during Q+A sessions and critically analyse the work of their peers.

Professor Mike Bramhall, Professorial Teaching Fellow and lead academic on the project at TEDI-London said, “we are really proud to be instilling a responsible and considerate mindset into each of our students from so early on in their careers. When faced with a problem, it can be all too easy to dive straight into developing a solution without reflecting on the needs of the local people and habitats as well as how the project might impact us on a global scale, such as environmentally. The sessions that Engineers without Borders ran with our students really helped them to take an ethical approach to their projects, to be more culturally aware and to use data to inform their thinking.“

Reverse engineering: evaluating the design and function of existing products
How do engineers identify and solve problems?
Using different engineering specialisms in prototyping